Welcome to St. Lachtain’s, the Church of Ireland parish church of Freshford.

Freshford is a mistranslation of the Irish name Achadh Úr which means Freshfield. Early historical accounts refer to the parish using an anglicised spelling of the old Irish title such as Aghour.

The exact date of the church is unknown but it was founded by St. Lachtain in the 6th century after his ordination by Comhghall  at Bangor c. 550. Lachtain returned to his native place and founded a church in Donoughmore, Co. Cork c. 580. According to the annals, he died on March 19, 622.

The Hiberno-Romanesque doorway in the western gable dates from c. 1150.

The western half of the nave inside the entrance doorway dates from the 10-12th century.

The eastern half or centre section of the church dates from the 15th century as does the chancel at the eastern end. There are indications of a third smaller extension eastwards from the chancel. 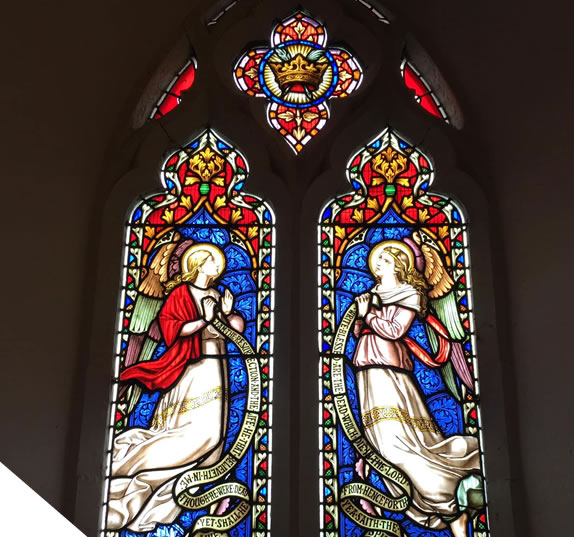 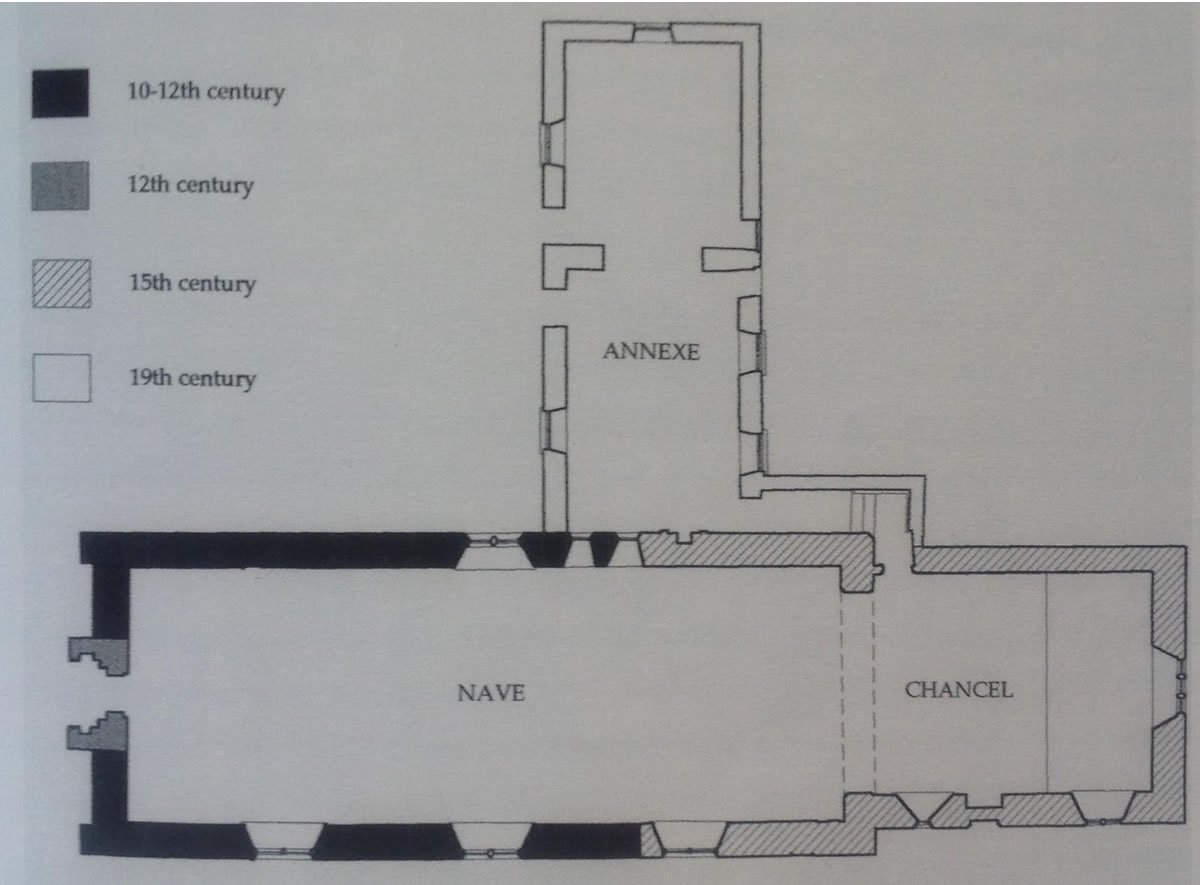 Left of the aisle

2. The Fulton Monument (1771), inside the entrance door, on the wall at the gallery:
Here lies the body of William Fulton who died on 13 February 1771 aged 57 with two of his sons William and George. Also Mrs. Elizabeth Dollard his Mother-in-Law. 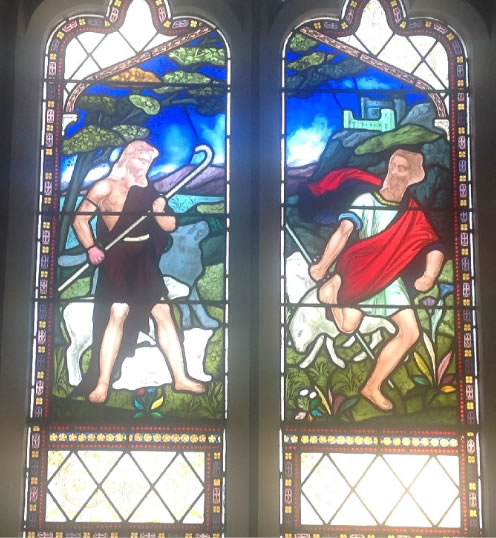 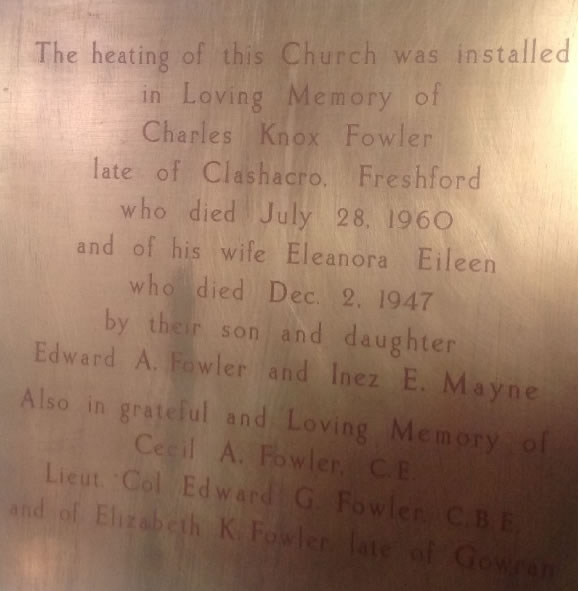 The Fowler family lived at Clashacrow, Freshford and were benefactors of the church. 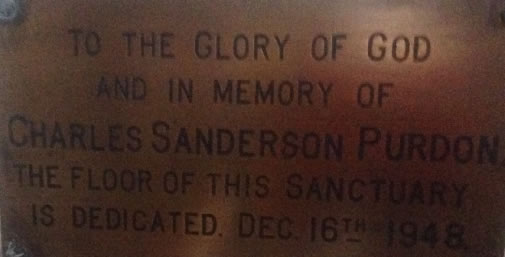 The terrazzo floor of the sanctuary was dedicated to the memory of Charles Sanderson Purdon in 1948. He was a member of the Sanderson Family of Cloverhill, Co. Cavan. His family lived at Lodge Park, Freshford for many years.

7. The Ryves Family Memorial
Located in the corner between the north wall and the east gable.
Here lieth the body of Mrs. Penelopy Ryves wife to Charles Ryves of Uppercourt Esqr and daughter to Randell Bruce of Lisburne in the county of Antrim Esqr together with two of her children via Elizabeth and Margaret who departed this life the 22 October 1711.

The Ryves family were onetime occupants of Uppercourt Manor, Freshford. 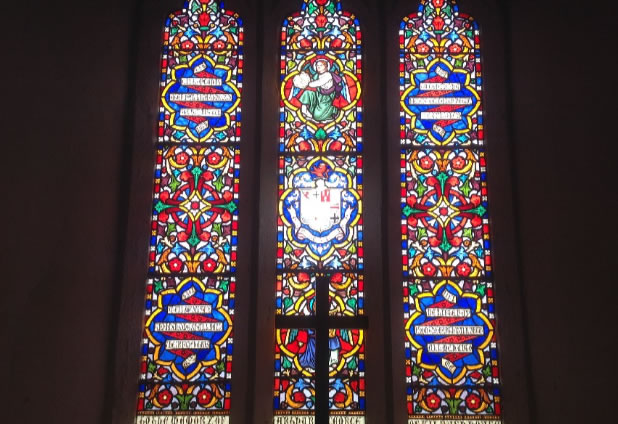 The organ, presented in 1896, is in memory of the Brown Clayton family who lived in Clashacrow. 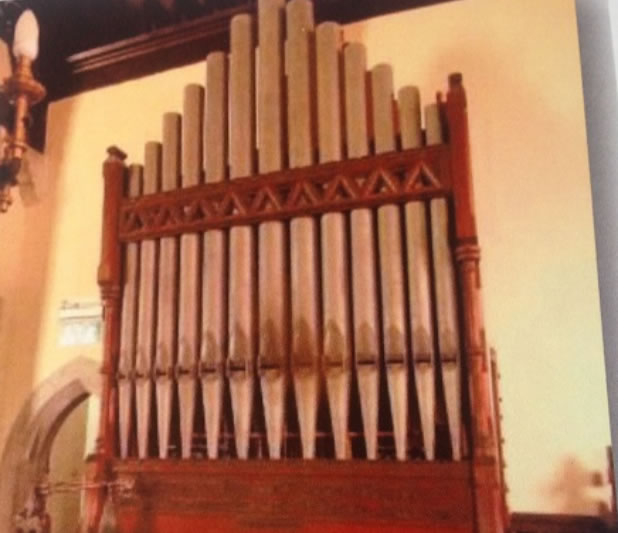 The Reredos is in memory of Arthur John St. George of Kilrush House who fought in World War II. He survived the D-Day Landings in France but was killed in action on 19 June 1944 aged 29. He is interred in Bayeux War Cemetery, France. 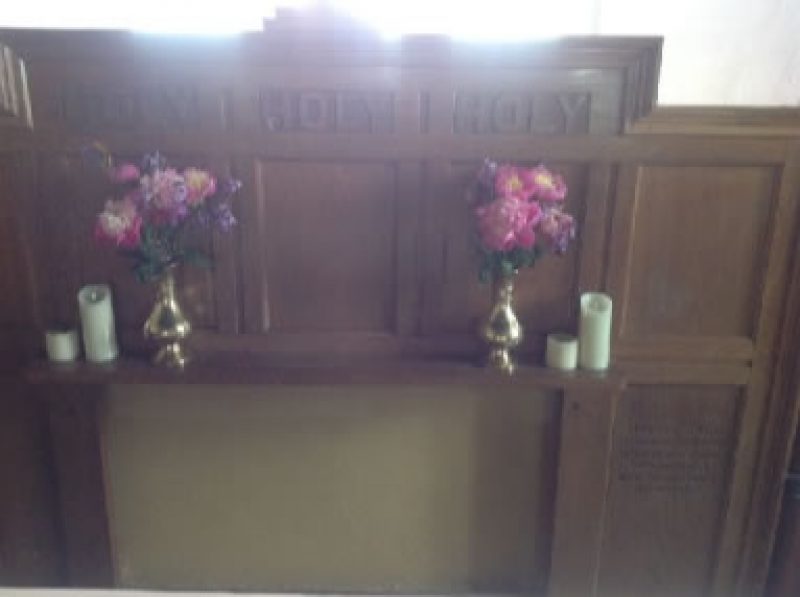 The hand-stitched quilted wall-hanging was presented to the church by parishioner Ms. Phyllida White in 2018. 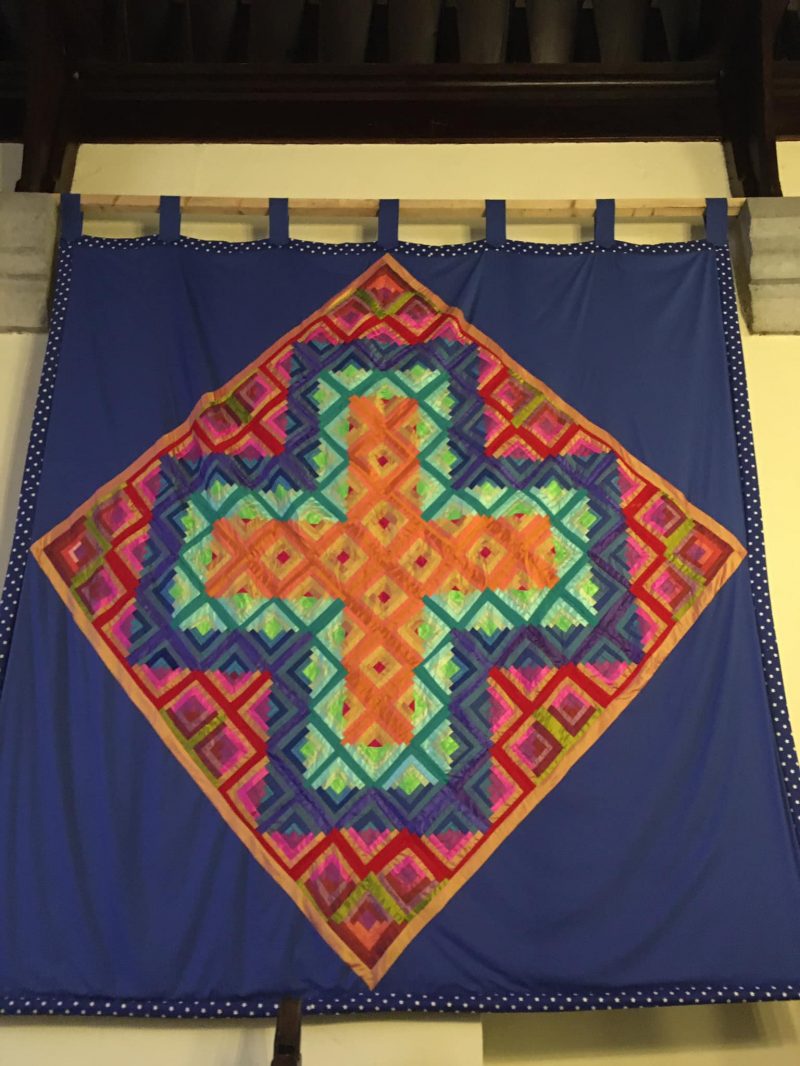 Right of the aisle 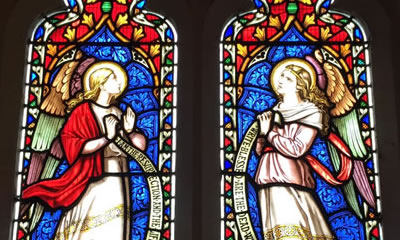 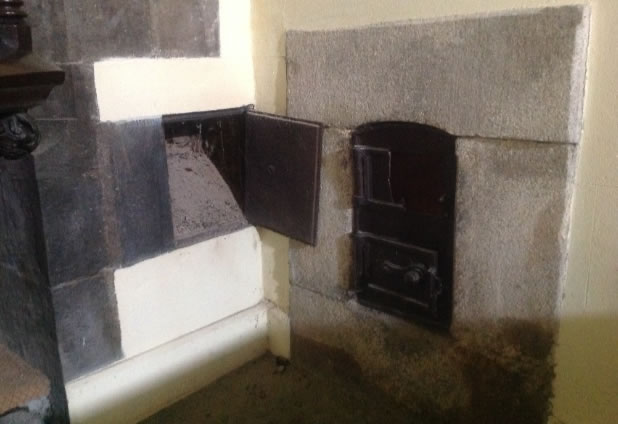 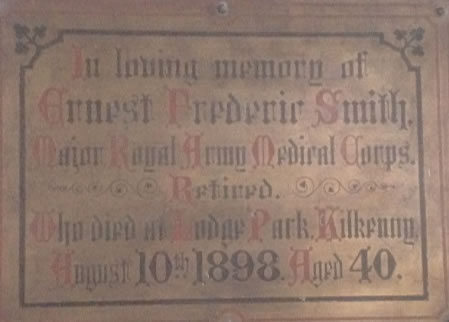 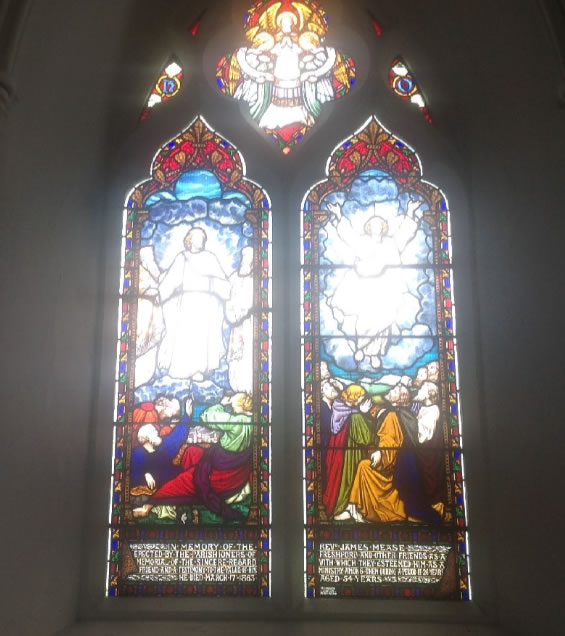 Rev. James Mease ministered in Freshford for 26 years from 1837-1863. He was a founder member of Kilkenny Archaeological Society.

Highlights of the year include Harvest Thanksgiving and the annual Christmas Carol Service. 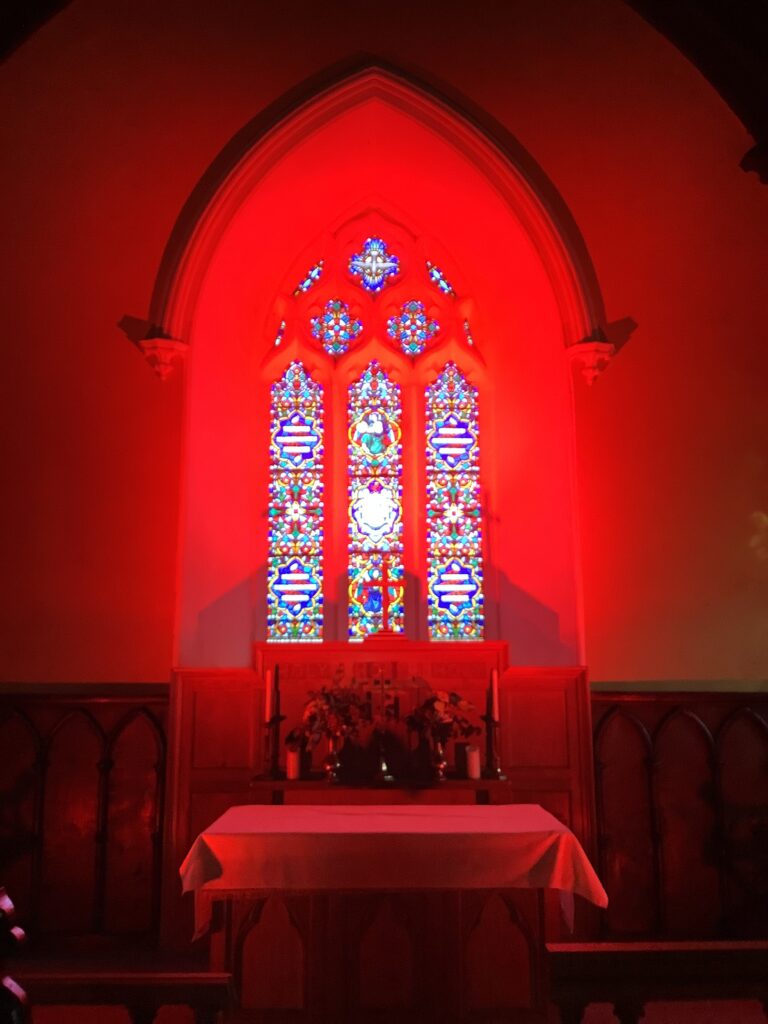 The East window lit by new internal lighting donated by the Acorn Club and the late Gerry O’Reilly during 2021. The limestone frame of the East window was reputedly brought here from the 13 th century church ruin at Ballylarkin.

In grateful and affectionate remembrance of Emma Jane Brown-Clayton of Clashacro Cottage who died May 20, 1929.

Miss Brown Clayton was a benefactress of Freshford. She built an educational establishment and organised classes for men and women. She also built three terraces  of houses in the village and two houses for jubilee nurses. 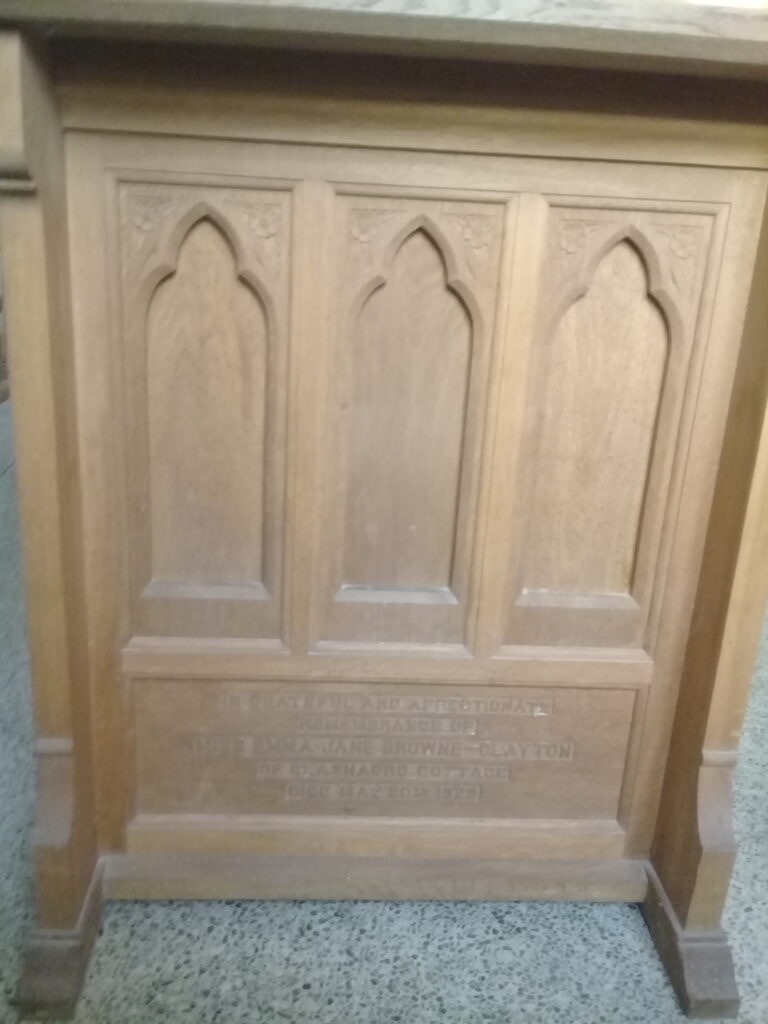