A local museum was opened at Ionad Lachtaín in 2019. The main display consists of six panels telling the story of the historic church site.  Highlights on display include a 13th century grave slab, discovered during the most recent renovations. A letter written in 1913 by Irish nationalist Sadhbh Trench, kindly donated by Kieran and Eilís Costelloe, is also on display as well as household items.

Two education certificates, earned by a local student, date from 1890 and 1892. There is a good number of bill heads from local businesses.
In 2020 the Home Rule Shield was kindly loaned for exhibition. The shield hung for over fifty years in the old Boys’ School. Also new to the museum this year was a section of the North Kilkenny Hunt Club archive.

Among other artefacts on loan from local residents is a replica of the Shelagh na Gig from Clomantagh Castle, an early printing press and other pieces of interest from Freshford life during the late 19th and early 20th century. In 2021 the Prendergast Collection was a significant addition. It consists of a collection of artefacts used by the late Nurse Julia Prendergast in her work as a midwife in Freshford. A Freshford Cavalry Button, dating from c. 1790. and a Famine Pot presented by Mr. Anthony Tallis were other notable additions. 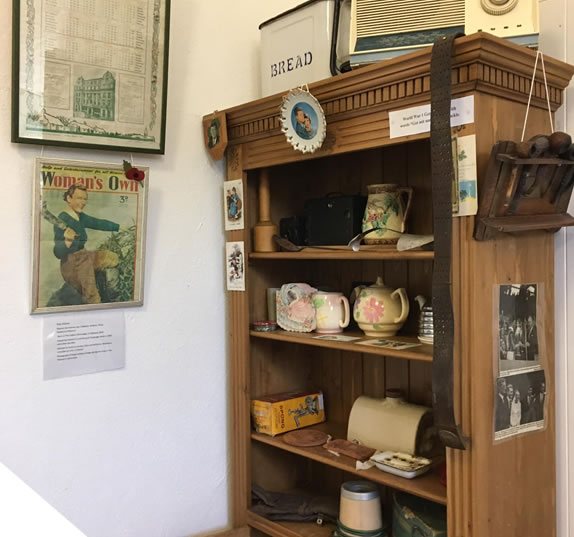 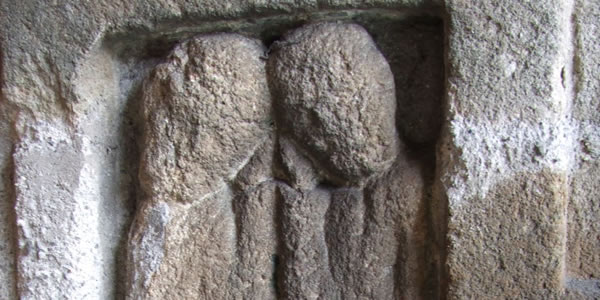 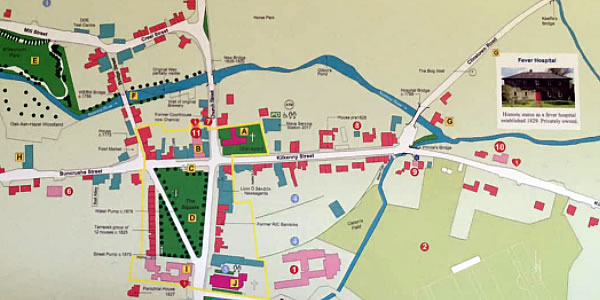